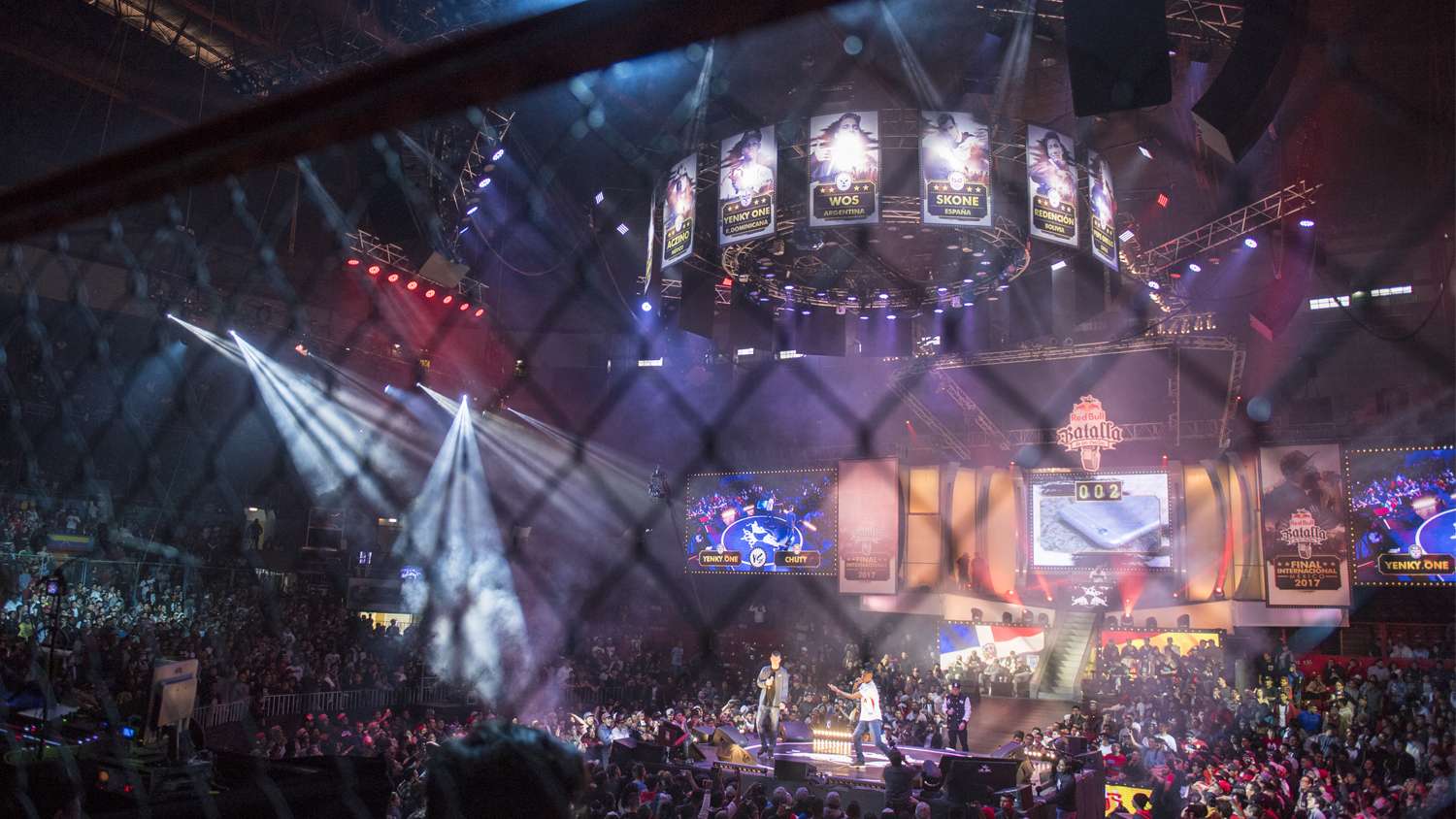 As Red Bull said in 2005 in the first Batalla de los Gallos, many speak, some rhyme, only the best improvise. The brand has been using hip-hop to move Hispanic artists to compete through rhymes, lines and verses, showing locals and the world what these artists are capable of doing.

Red Bull Batalla de los Gallos happens every year in South America. The competition is divided between regional and international. Artists compete first in their own country, and then against the winners of other countries.

On its tenth edition in 2017, Red Bull invited us to work on their international final in Mexico. Red Bull always aims to keep the local flavor in their events, and wrestling is part of Mexico's history. The sport started in 1853 during the French Intervention in Mexico, and it’s relevant to this day. This year’s musical battle is happening at the Arena México, an iconic place for wrestlers. The competitors received a promotional kit with wrestling masks to match our theme, and their home countries inspired each mask. Friends of Red Bull received paper cutouts of the artists, along with wrestling masks. This year, we broke our streaming records with over one million people live streaming the event and three million video views.

← Back to the News